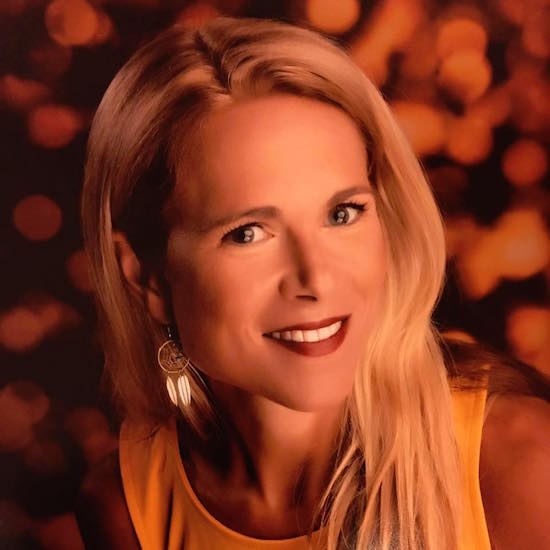 2016 was my fifth consecutive Boston Marathon. Despite a training season peppered with injury, and being only one week post-flu, I was excited to be in Boston and felt ready to run. The celebration of the 50th Anniversary of women in the Boston Marathon along with the 120th Anniversary year made this year feel extra special.

I was traveling alone. My family came along in 2012, but I typically travel on my own to destination races due to their busy schedules. I had plans to meet up with a friend I had met at the Tokyo Marathon, and a Sunday dinner with Katharine Switzer and Roger Robinson. Other than that I had plenty of time to explore Boston and the Expo. 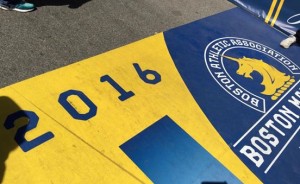 The expo was packed – you could practically feel the energy bouncing off the walls. I literally bumped into ultramarathoner Dean Karnazes, it was wall to wall people. I had the pleasure of meeting Shalane Flanagan at her cookbook promo, and even saw my favorite, Meb Keflezighi. I also finally was able to meet one of our RunnerBox Ambassadors, Rebecca Trachsel from Running With Music, which was great! She is a talented, very fast runner who was running as a guide with a visually impaired athlete. They did terrific and nailed their goal on Monday.

Of course we were all neurotically watching the weather, and it was looking a bit warm. I had packed my Race Kit and as we were standing around Athletes’ Village it felt all too much like 2012 – the “hot year.” Instead of wearing all of my warm clothes and poncho, I spread them out on the ground to sit on. It was getting hot. I was thirsty and sweating before we even began.

The nice people of Hopkinton were handing out handfuls of sunscreen and had Sharpies ready to write our names down our arms. I accepted both on the walk to the start. The wait was short and we were off. The first few miles flew by as I tried to break free of the crowd.

By Mile 6 my legs felt kind of heavy. Way too early for this! By Mile 10 I was getting dizzy. The last time I felt this dizziness was in 2013, my Boston PR and a BQ, but I passed out after the finish and landed in the medical tent. I didn’t want a repeat of that. I had a BQ from a fall marathon at Marine Corps, so I decided I didn’t need to push it in this heat. (I also realized I forgot to write my info on the back of my bib. Oops!). By Mile 12 I was pretty sure I was dehydrated as my vision was getting a bit spotty. I took a Salt Stick and dialed down my pace. From there on I walked through the water stations and tried to drink a water and Gatorade at each.

After about Mile 16 or so the temps had cooled and a headwind picked up. At this point I had already decided to forget about my time and enjoy the course and the people. The upside to dialing it down was I was having a lot more fun. I was high fiving the kids, accepting popsicles from them (those were awesome), and just taking it all in. There is really nothing quite like Boston. This was my 16th marathon and the only marathon I have repeated. I hope to return!

I have been training for marathons consistently over the last few years. I finished the Majors quickly with Berlin in September, Tokyo in February, Boston and London in April. Then I did Marine Corps in October and now Boston again. I was convinced after this Boston I was taking a break from the marathon. But I felt so good after Boston even before the Sharpie sunburn of my name on my arm began to fade, I already began scouting out my next one!

[Staci Dietzel is the founder of RunnerBox, a subscription based sampling of everything from energy products, gels, chews, protein shakes/supplements, nutrition bars, and skincare, to safety products and other fun accessories, mailed in small shoeboxes to runners’ homes on a regular basis. Follow her blog there.]